2018-19 President of the Southern Historical Association

William A. Link has written extensively about the history of the South, including Paradox of Southern Progressivism (1992), Roots of Secession (2003), Jesse Helms and the Rise of Modern Conservatism (2008), and Atlanta, Cradle of the New South (2013). Mostly recently, he wrote a two-volume history of the South, Southern Crucible (2015). He is currently writing a biography of Frank Porter Graham.

For twenty-three years, Link was a professor at the University of North Carolina at Greensboro, teaching courses in North Carolina history, the history of the American South, and twentieth-century American history. 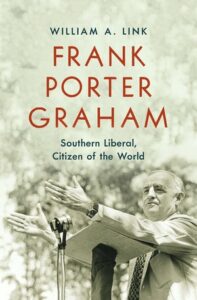