A Hard Country and a Lonely Place: Schooling, Society, and Reform in Rural Virginia, 1870-1920 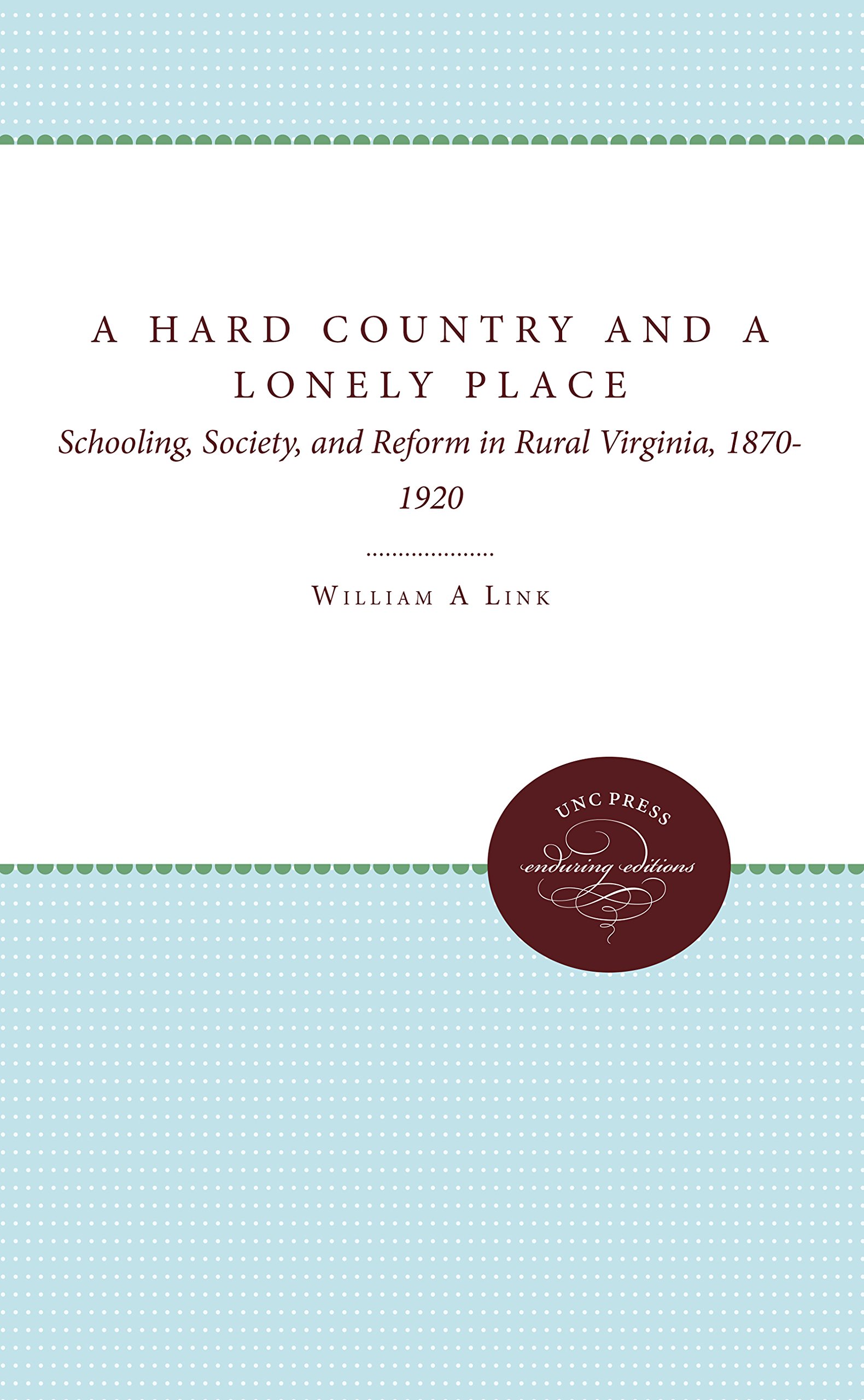 William Link’s account of the transformation of Virginia’s country schools between 1870 and 1920 fills important gaps in the history of education and the social history of the South. His theme is the impact of localism and community on the processes of public education — first as a motive force in the spread of schooling, then as a powerful factor that collided with the goals of urban reformers.

After the Civil War, localism dominated every dimension of education in rural Virginia and in the rural South. School expansion depended upon local enthusiasm and support, and rural education was increasingly integrated into this environment. These schools mirrored the values of the society. Drawing expertly from varied sources, Link recreates this local world: the ways in which schools were organized and governed, the experiences of teachers and students, and the impact of local control. In so doing, he reveals the harmony of the nineteenth-century, one-room school with its surrounding community.

After 1900, the schools entered a long period of change. They became a prime target of urban social reformers who regarded localism as a corrosive force responsible for the South’s weak political structure, racial tensions, and economic underdevelopment. School reformers began a process that ultimately reshaped every dimension of rural public education in Virginia. During the decades surrounding World War I they initiated sweeping changes in governance, curriculum, and teacher training that would have an impact for the next several generations. They also attempted — for the most part successfully — to impose a segregated pedagogy.

Link carefully develops the role of the Virginia reformers, never assuming that reform and modernization were unmixed blessings. The reformers succeeded, he argues, only by recognizing the power and significance of local control and by respecting the strength of community influence over schools.